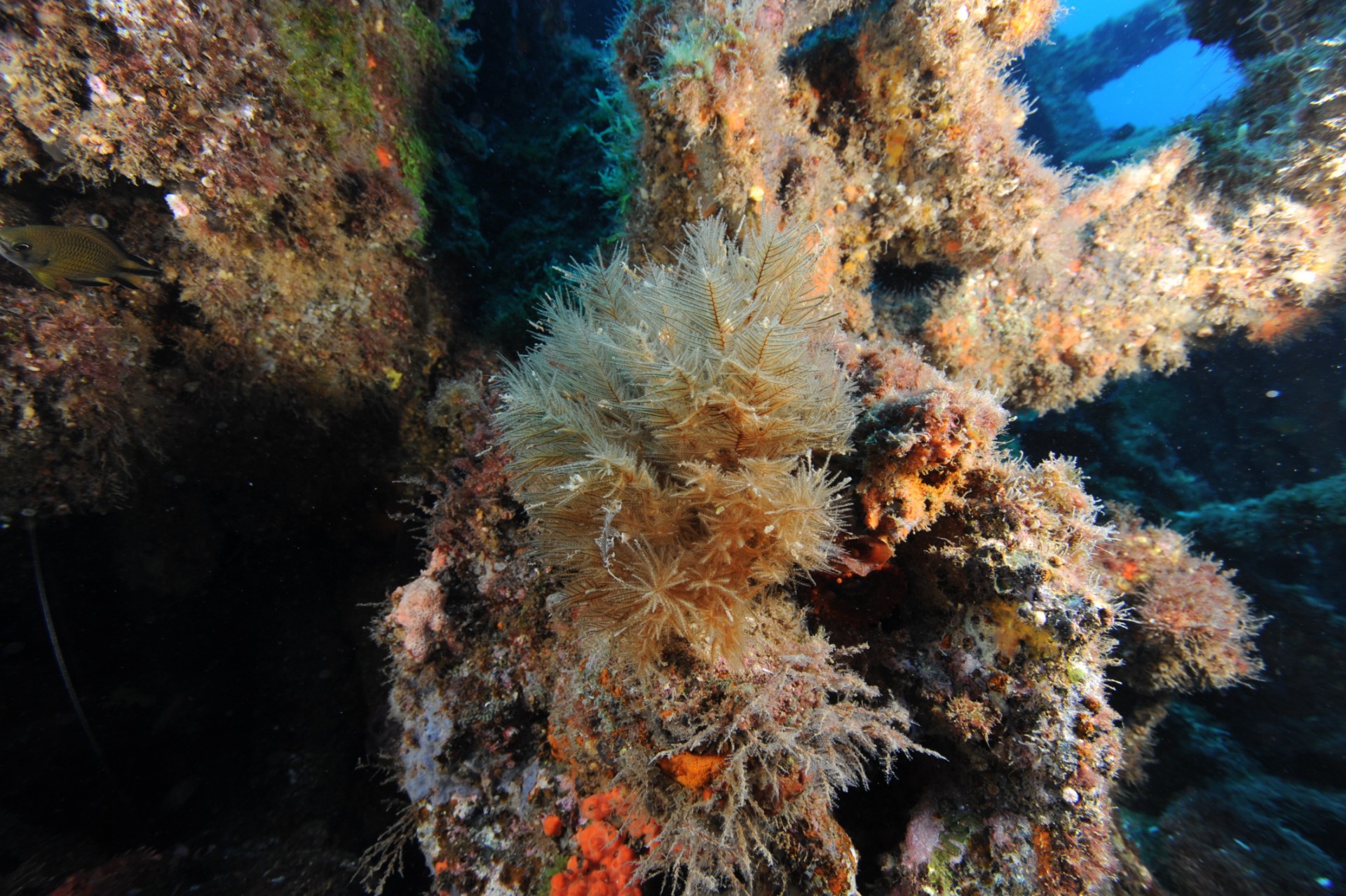 The island of Lanzarote, in Spain, will be the working field of the international project B-CHARMED, which will focus, over the next year, on black corals forests at this island. These tree-like colonial animals formed by hundreds of individuals, called polyps, similar to small sea anemones, are physically connected and function as a single unit.

Lasting 13 months, B-CHARMED (acronym for "The Black Coral forests as unexplored Biodiversity Hotspots in the MAcaronesian Region: ecosysteM functions and sErvices analyseD), is part of the European LIFE4BEST programme funded by the European Union's LIFE Programme, the French Office for Biodiversity (OFB) and the French Development Aid Agency (AFD).

Black corals are typical of deep waters, although many species appear in a very wide range of depths (nearly 75% of them can only survive at depths below 50 m). With similar morphologies to real trees, coral communities can aggregate in abundance on the seabed of the Canary Islands from 30-40 metres deep, forming real "underwater forests" which modify the landscape and influence the presence of other fauna and flora species, thus functioning as true "bioengineers" of marine ecosystems.

Unlike the black coral forests located in tropical latitudes, the knowledge that exists today of these habitats throughout the Macaronesia, and therefore in the Canary Islands, remains extremely scarce due mainly to the physical and biological limitations involving their exploration and research, in comparison with their tropical counterparts.

This project will enrol researchers from the Atlantic Biodiversity and Sustainability Association (ABAS), located in Gran Canaria, Spain, the institution leading the project, and will also include researchers from the Leibniz Institute for Baltic Sea Research in Warnemünde (IOW) in Germany, and the Benthic Environment Ecogeochemistry Laboratory in Banyuls sur Mer (LECOB), in France. Furthermore, B-CHARMED will count on the collaboration of researchers from the University Institute of Research of Sustainable Aquaculture and Marine Ecosystems (IU-ECOAQUA) of the University of Las Palmas de Gran Canaria.

Unlike other corals such as those from the Great Barrier Reef in Australia, whose skeleton is mainly made up of calcium carbonate, black corals have a skeleton composed of proteins (around 50%) and chitin, a flexible and resistant polysaccharide that forms part of the cell walls of fungi, or the skeletons of many insects and crustaceans. Despite having different appearances and striking colours due to the polyps, the skeleton of these animals is usually black (hence their name), and may be covered by a series of microscopic skeleton spines which, as well as reinforcing the skeleton's resistance to torsion, are also used as morphological criteria to differentiate species. This is why black corals are also known as "thorn corals".

In contrast to their skeleton, the polyps of these corals are often brightly coloured. Only a few millimetres in size, they have a series of tentacles (usually 6) surrounding their mouths through which they ingest food.

These marine habitats are not currently included in any national or regional protection guidelines, although they are generally listed as Vulnerable Marine Ecosystems in United Nations General Assembly resolutions 61/105 and 64/72, as well as in Appendix 2 of the Convention on International Trade in Endangered Species of Wild Fauna and Flora (CITES).