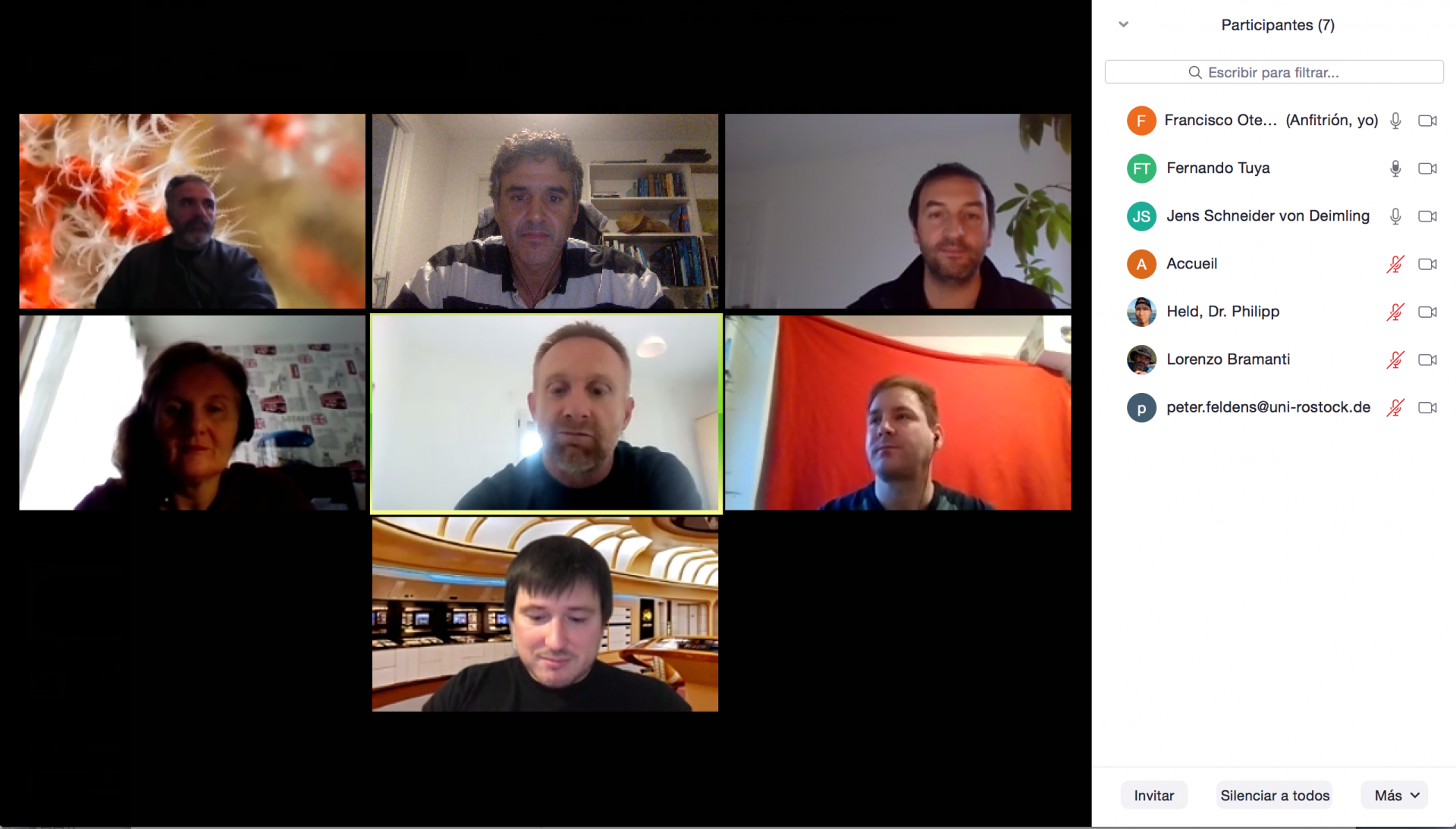 In this session participated members of the Atlantic Biodiversity and Sustainability Association (ABAS), who lead the project, together with researchers from the French National Centre for Scientific Research (CNRS), belonging to the Laboratory of Ecogeochemistry of Benthic Environments, in Banyuls sur Mer (LECOB), and from the Leibniz Institute for Baltic Sea Research in Warnemünde (IOW - Germany). The meeting was also attended by collaborating researchers from the ECOAQUA Institute of the University of Las Palmas de Gran Canaria (ULPGC) and the Christian-Albrecht University of Kiel (CAU - Germany).

The uncertainty generated by this delay has imply that a small team of B-CHARMED members will carry out a preliminary campaign in Lanzarote at the beginning of 2021 to plan the logistics and the fine-tuning of work methodologies to be developed until the end of the project.

B-CHARMED will be financed by LIFE4BEST 2019 program, which follows the European Union's (EU) BEST initiative, aiming to support actions in favor of biological diversity and the sustainable use of ecosystem services in Europe's Outermost Regions (ORs). The LIFE4BEST program is funded by the European Commission, the DG ENV/LIFE program, in partnership with the French Office for Biodiversity (OFB) and the French Development Agency (AFD), under the BEST ORs program.

Attendees at the meeting: